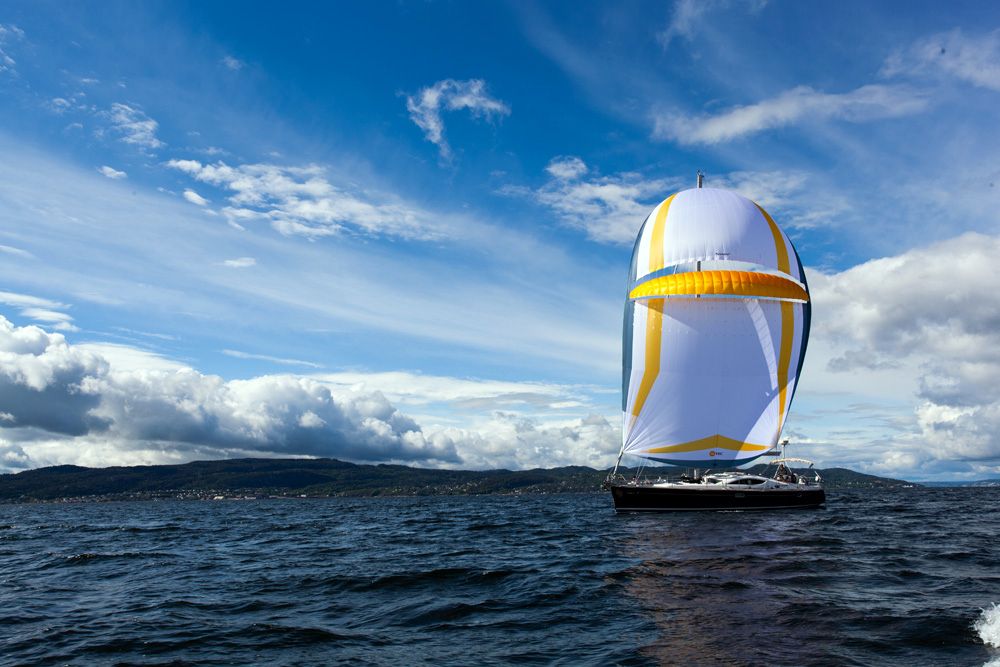 The New Generation Parasailor; the best just became even better!

The original Parasailor, so deeply loved by countless cruising sailors all over the world, has delivered its over 15 years and hundreds of circumnavigations of experience as input into the development process of the spectacular New Generation Parasailor. The newest aerodynamical insights, combined with the vast knowledge ISTEC has gathered about its winged sails, have lead to a successor to the Parasailor that offers even more performance, at greater stability, providing more safety and more sailing fun.

The most important difference between the classic Parasailor and the New Generation Parasailor is the 'hybrid wing'. This completely new, patent pending, wing design allows for significant extra advantages.

Read on to learn how the hybrid wing works and why it is even better than the one that was the best do far.

Do contact us for further info or a quote.

Compared to its predecessor, the new hybrid wing is far more compact. The most striking element of the hybrid wing is the combination of a long, continuous top layer and a shorter lower edge. This way, the top sail forms a single-skin sail section at the trailing edge. This design combines the advantages of both a dynamic-pressure wing and a single-skin wing. Let us take a more detailed look at the design and its characterisctics.

Angle of attack and camber

A larger angle of attack and greater wing curvature of the hybrid wing provide a significant increase in lift and stability. Looking at the pictures it looks as if a plane has extended its wing flaps for landing, which they do to increase both resistance and lift. The same principle basically applies here.

Compared with its predecessor, the hybrid design allows for faster filling of the wing, resulting in more stablity and perfromance in even lighter winds than before. Now you can already fly the Parasailor in winds of 2-3 knots, subject to wind angle. 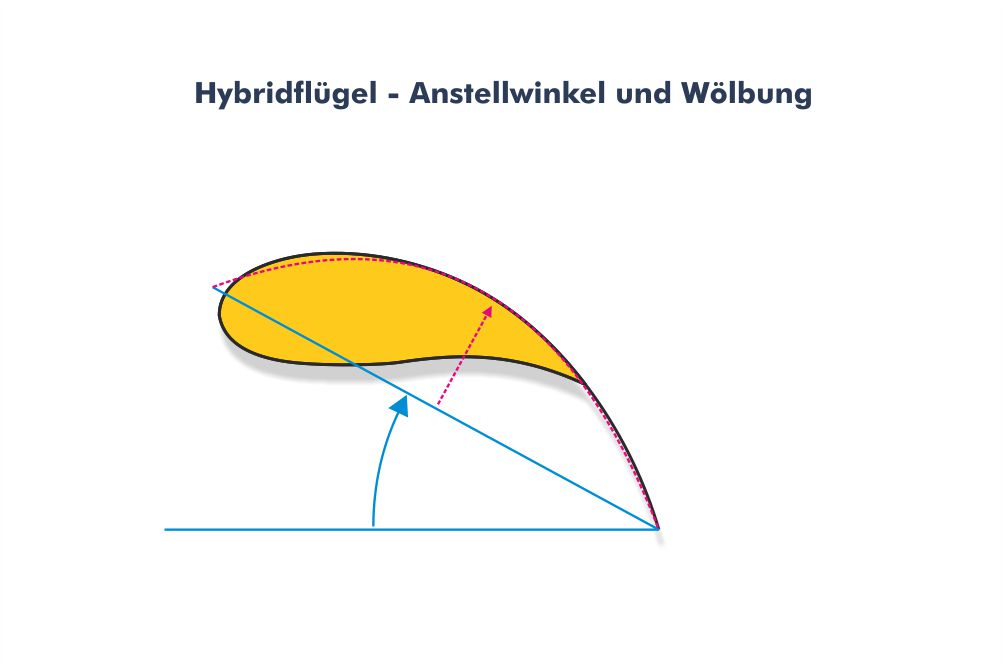 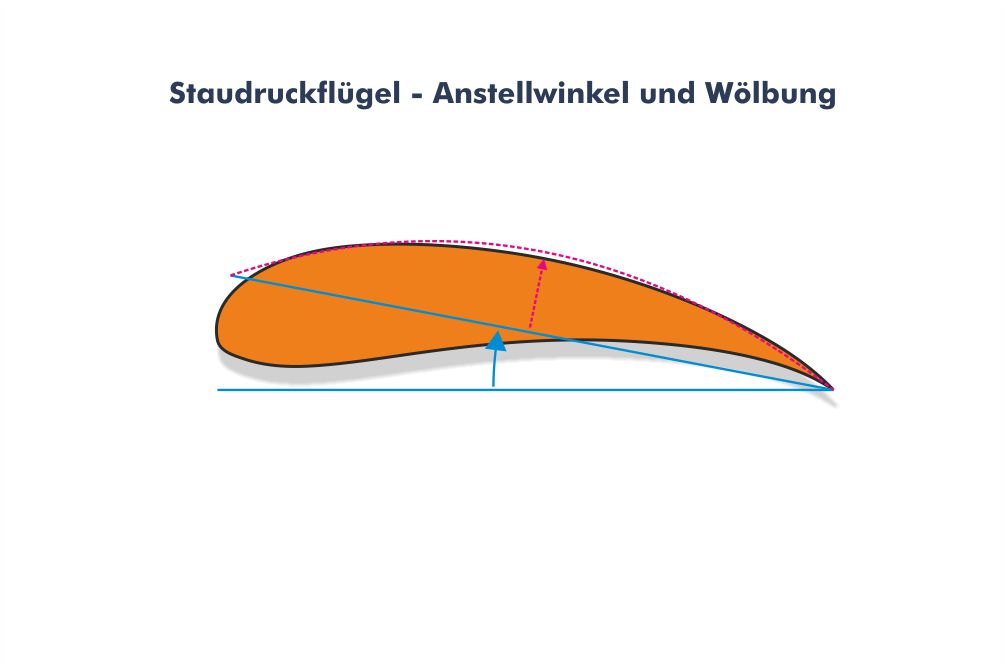 The new wing design allows the vertically projected wing surface to be reduced, thus making hoisting and dousing of the new Parasailor much easier, therewith also incresing safety. The smaller surface area has less resistance in the snuffing funnel for faster recovery with less effort. 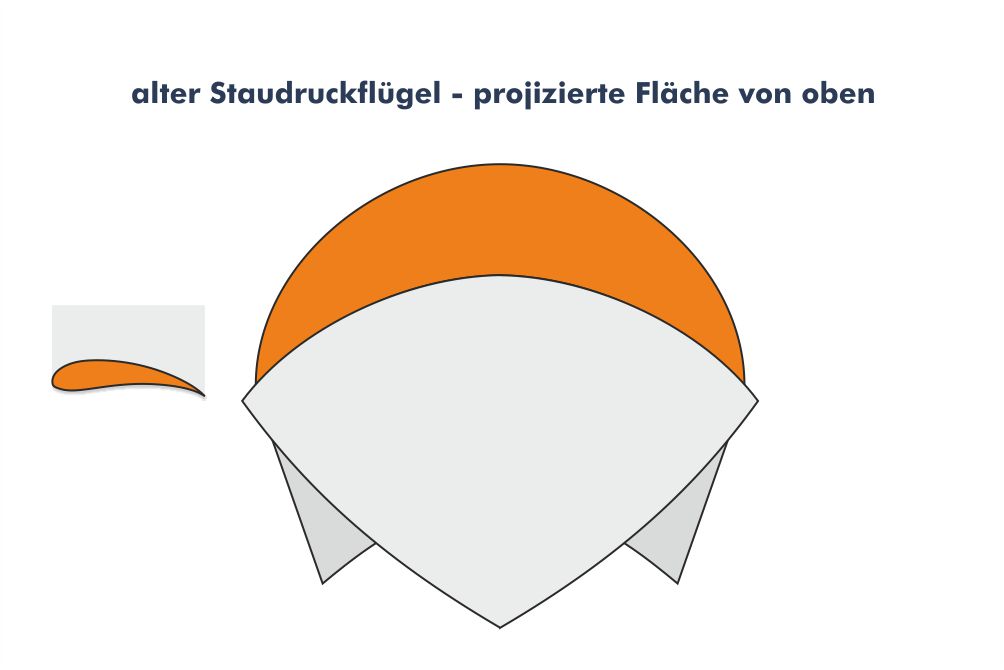 Another novelty is the integrated mesh material at the inlet area of this pioneering hybrid wing. Its construction optimises the position of the wing's leading edge and has allowed for the creation of a larger air inlet. This integration leads to an increase in internal wing pressure and a cleaner airflow towards the outer edge of the wing. 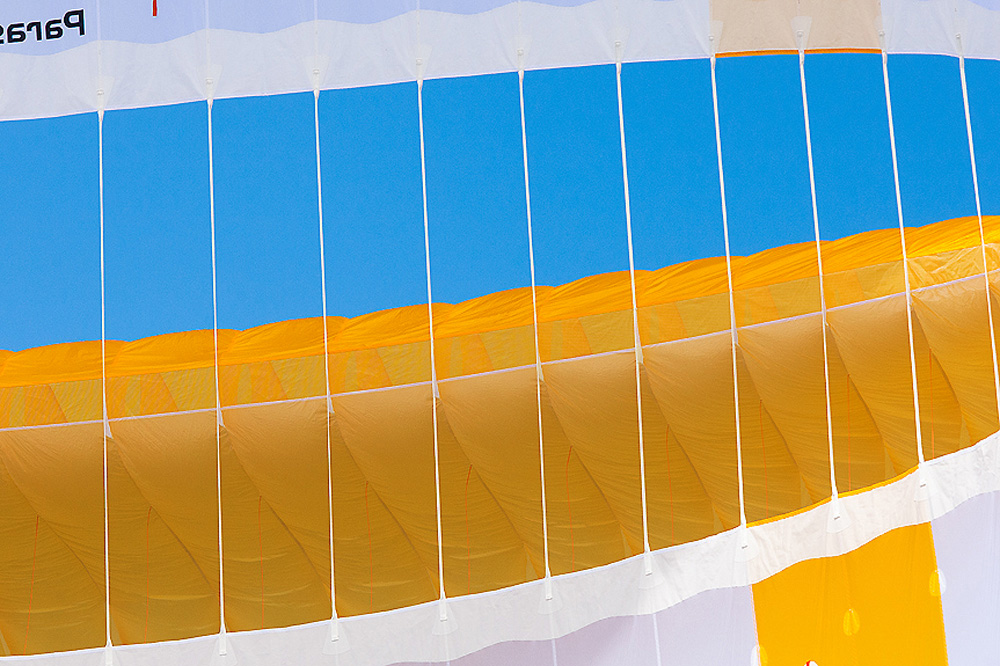 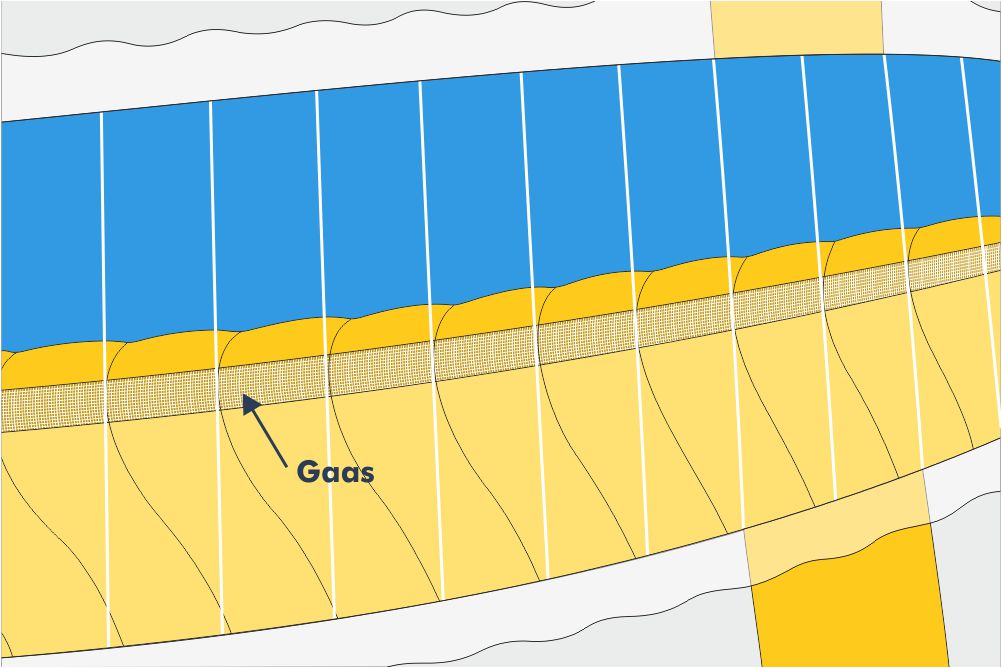 Where the old dynamic-pressure wing built up the pressure inside through a difference in size between the larger inlet and smaller outlets for the wind, the hybrid design works with valve flaps that actively accumulate or discharge the incoming air. The advantage of this valve technology is an increase of pressure inside the wing, which allows a faster filling of the wing even with a smaller volume of the inflatable wing chamber, while allowing an equally strong spreading of the leeches. In addition, the emptying of the wing chamber is faster using the valve, as the design now facilitates an active opening of the air charmbers. These results of this are especially impressive when it comes to hoisting and furling the new-generation Parasailor. As soon as the Easysnuffer causes the hybrid wing to collapse, the valve flaps open and the wing collapses faster then before. The larger outlet and the smaller volume now ensure a much faster emptying of the wing. This makes snuffing much faster at even less effort - an additional advantage when it comes to safety. 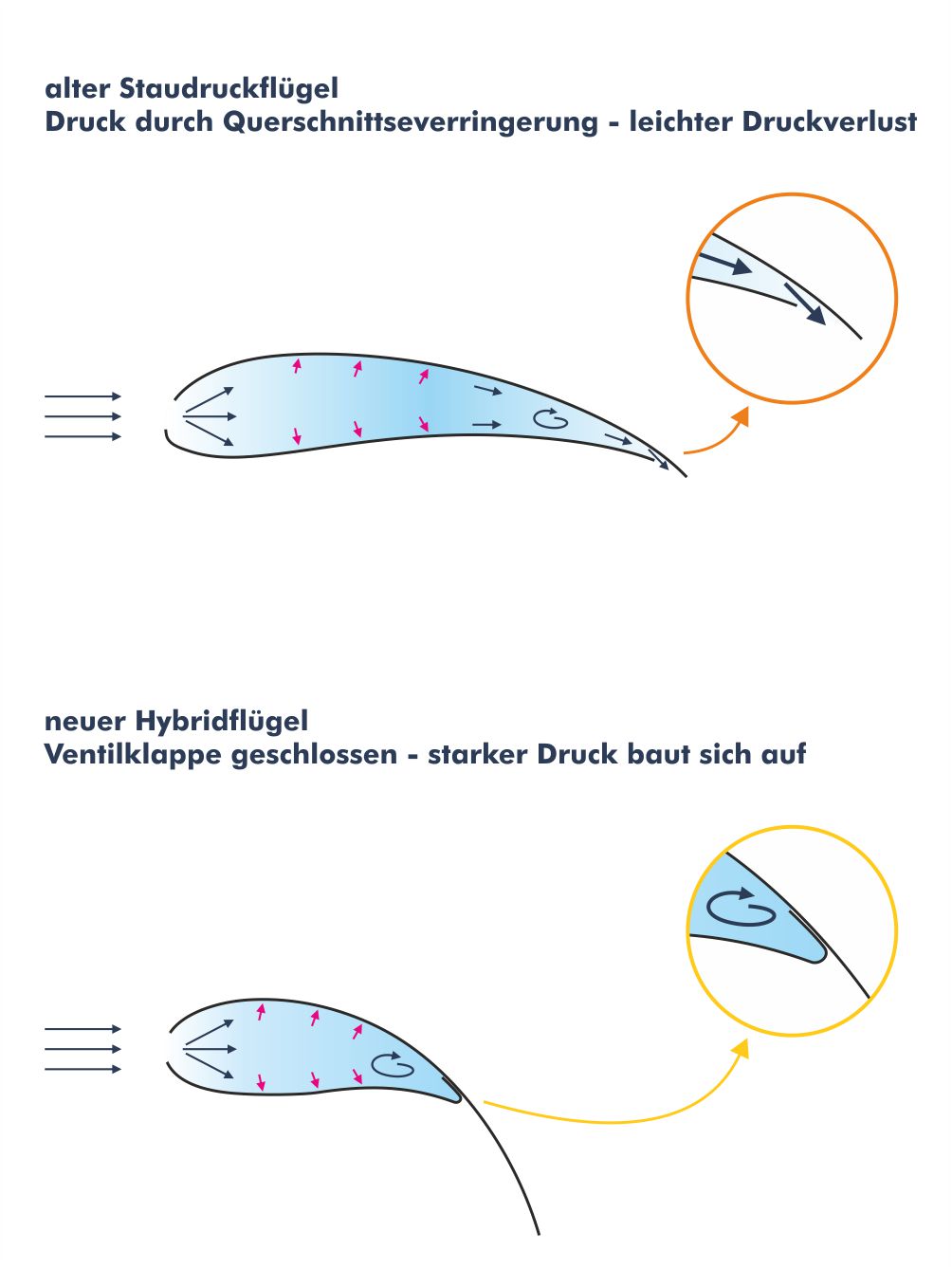 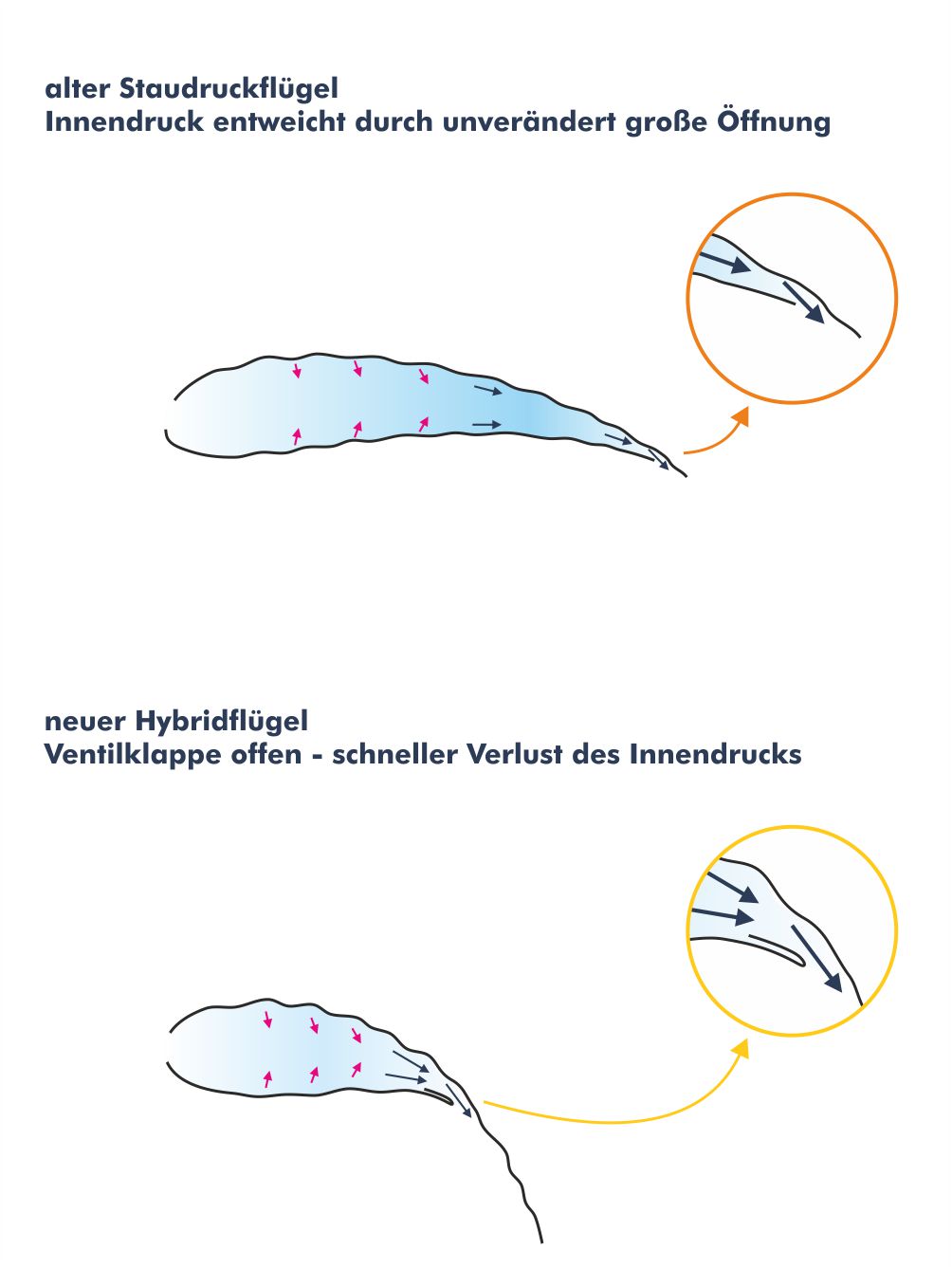 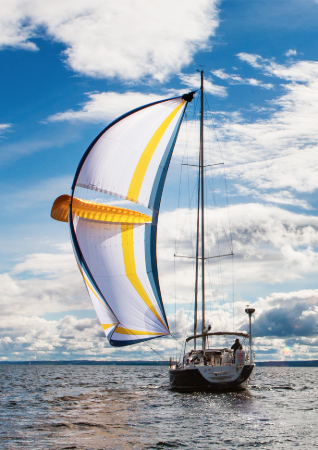 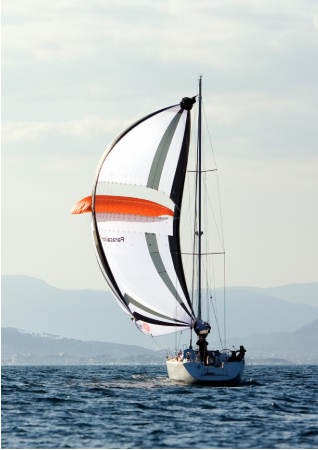 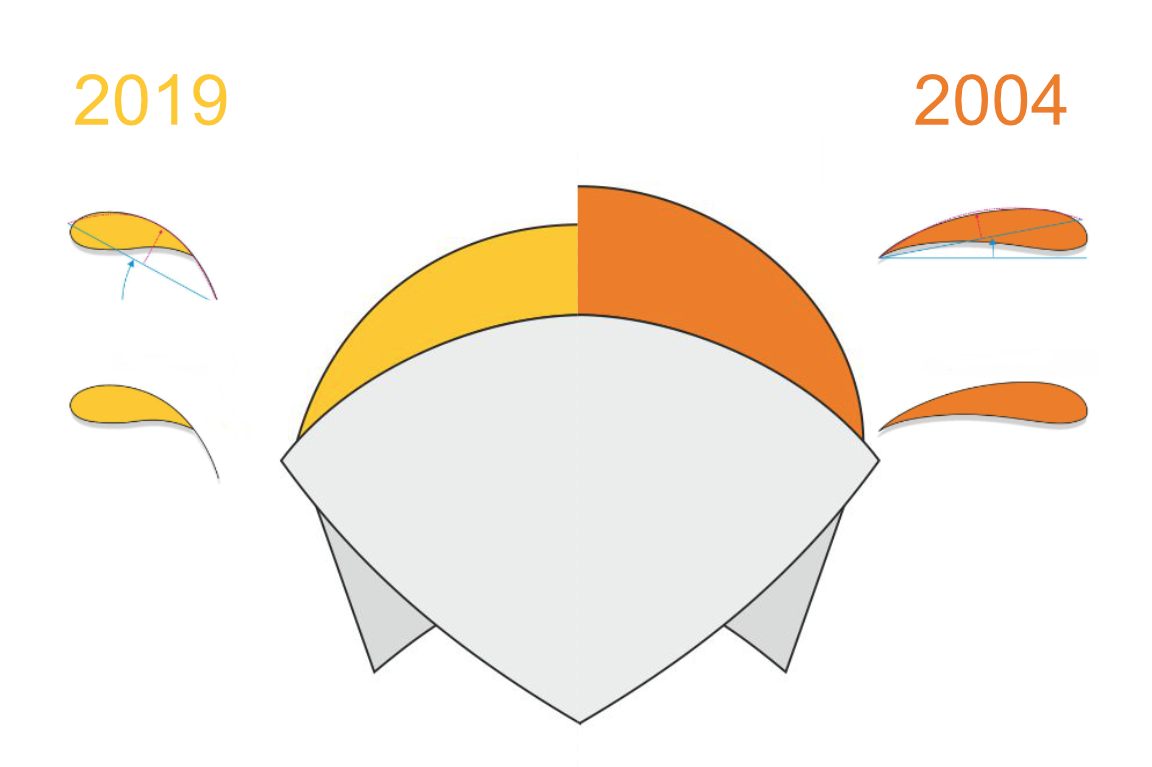